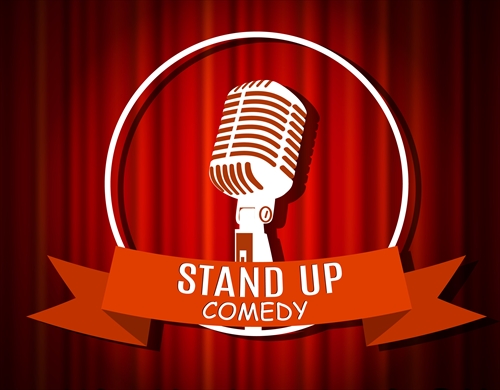 For many people, laughter is the best medicine. It's the greatest joy in life. And for some it is even what they live for -  to laugh. Over the years, comedy has played different roles in society. Right now, in our culture it is taking a front row seat in media and entertainment. You can find comedy in movies, clubs, bars, televisions shows, books, radio, and more. For some people it may seem as though Boise isn't the place for comedy. We are more of a city for business and agriculture - is the thought of some. However, there is good news, Boise is, like many metropolitan areas here in the United States, quite the fun city to live in and visit and has many more comedic outlets. All you need to do is know where to look.

Before we delve into the comedy clubs here in Boise, let's talk about the different kinds of comedy there are. Depending on your tastes and preferences, you might want to visit a different comedy club here in town or look for a specific show.

Stand-up So, let's start out with stand-up comedy. This is the kind of comedy that most people associate with comedy clubs thanks to big names like Jeff Foxworthy, Ron White, and Kevin Heart. It is where one person 'stands-up' on the stage and does a monologue with little audience participation (depending on the comedian).

Sketch Comedy is the next one on our list. This kind of comedy is made famous by "Saturday Night Live". It is short one to five-minute sketches that are designed to be short and entertaining and they have no interaction with the audience.

Lastly, there is Improv comedy. This is the type of comedy you see on shows like "Who's Line Is It Anyway?". It is where nothing is prepared beforehand. The actors only get prompts at the beginning from audience participation but have to make it up as they go along.

Where in Boise Can I go for Comedy

There are many great places around Boise to enjoy any kind of comedy. Currently, the most popular place to go is the Liquid Lounge (often just called Liquid), but there are many others like the playhouse, Capitol Bar, and the Knitting Factory.

The Liquid Lounge is home to Liquid Laughs which is a stand-up comedy show that happens on a regular basis at the lounge. It is a place for many local comedians to try their stuff but it is also a place where many big name performers can be seen as well. Liquid has also even hosted many comedic events like Boise's funniest and things like that.

The Liquid Lounge is located in downtown Boise off of 8th Street. It is a 21+ establishment as they serve alcohol.

Another of Boise's great places for comedy is the Playhouse. Now, comedy isn't all they do, they also have different shows, weddings, corporate events, and much more. However, comedy is on the menu on occasion, so be sure to check their schedule the next time you are in the mood to laugh.

At the Playhouse their most common comedy show is called 'One Mic Stand'. It is held every Monday night according to their website and it is said to be a great show. So, be sure to check them out! They are located off of Fairview Avenue and N. Milwaukee St in Boise.

Another downtown Boise destination that is great for comedy, shows, and many other events is the Capitol Bar. This place is great if you want to enjoy an adult beverage as they have a menu that starts off with 3 pages of drinks ranging from wine to draft beers. They also have some great food, but the food menus are changed out periodically, so be sure to check out what they have before you head out.

The Capitol Bar has many shows that pass through its doors so there will be some great opportunities for comedy and music. This great establishment is located off of State Street in Boise Downtown.

The Knitting Factory is one of Boise's most popular places to go when it comes to entertainment. They often have great acts like big musicians to comedy nights.

The Knitting Factory has seen some big names come through its doors and doesn't look like it is slowing down. Just in the last 6 months, they have had musicians like Carly Ray Jepson and Breaking Benjamin roll through.

If you are looking for the Knitting Factory, you don't have to go far from the Liquid Lounge. The Knitting factory is located in that same city center zone off of 8th street in downtown.

Improv is represented quite well here in Boise. There are many different organizations that perform in the Valley and there are new ones popping up every day.

Comedy Sportz is one of the largest improv troupes here in the Boise area. So large in fact that they even have their own place. They are located off of Emerald Lane in Boise.

Their brand of comedy is unmatched. They are a great group with frequent shows (usually Fridays and Saturdays) for only $10. They even hold auditions on occasion. So, if you have laughed until you've cried and want to give it a shot, keep an eye out for their audition announcement.

Zip Zap Zop is a different kind of improv. They do both traditional performances and corporate events. They have keynote speakers (funny ones at that - keep in mind they are comedians), team building events, and so forth. You can even contact them to come to your next event!

They are a great group that offers the Treasure Valley a unique service. They are amazing and can do great things for your group (corporate or not) while keeping a smile on their face.

Insert Foot Theater is another awesome improv troupe in Boise. They describe themselves as fast, fearless, and funny. They have been providing the Treasure Valley with their talents since 2009 with regular shows here in Boise. They will usually perform at the Reef in downtown Boise. (The Reef is a chic Tiki style restaurant).

The Insert Foot Theater company's Facebook page says that they are "dedicated to providing outlandish & inventive entertainment to Boise, Idaho and beyond!!!!"

(https://www.facebook.com/InsertFootTheater/info?tab=page_info) and that is just what they are doing. Check them out on Facebook, YouTube, and at the Reef!

Boise is also home to many great comedians that have received lots of recognition and perform in various cities around the country. Check them out!

One of Boise's most prestigious comedians would have to be Leif Skyving. He is a Swedish comedian that grew up in the United States. He performs all over the world sharing his hilarious stories of parenthood and everyday life. He wows crowds with his quick wit and skills on the harmonica.

According to his website, www.leifskyving.com, Leif has been on TV, performed with many great artists, and even can be heard on satellite radio. Leif began his comedy career 23 years ago in Hollywood.

Originally born in Alaska, Ryan Wingfield is another of Boise's most popular comedians. He performs in quite a lot of places, but still takes time to perform here. He has been to many states here in the US but has also performed in several other countries. Not to mention he has appeared on "Last Comic Standing" and can be heard on XM radio.

His style centers on social abnormalities and satirical humor.

Last on our list, but certainly not least, is Sean Peabody. Sean is an awesome comedian that has received quite the reception here in Boise after moving from California. He grew up in San Diego and actually started doing comedy (of sorts) when he was in the Marine Corps as a range instructor. He liked making the soldiers laugh as he taught them to keep them happy and thinking straight.

Sean is known as "the Hawaiian Comedian" and uses his background in the Hawaiian culture and life on the mainland to write jokes that appeal to all kinds of people. His style is very clean and his show, depending on where it is held, are appropriate for all ages.

Laughter may not be your best medicine, but everyone needs to laugh sometime. Next time you have a free night here in Boise, look for a comedy show and laugh your heart out!

For more information about the amenities here in Boise, Meridian, Eagle, Nampa, or Kuna, call one of our amazing real estate agents here at the Hughes Group. They will take care of any of your questions and can even get you into the house of your dreams. (Or sell your home if that is what you are looking to do...)