Musical Attractions in the Treasure Valley 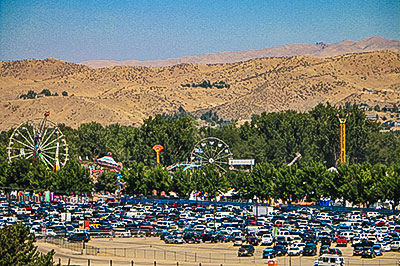 Boise, Idaho has been growing year after year, bringing even more culture along with the growth, such as in performing arts, music, and art. There are concerts to go to and musical attractions to see throughout the year in the Boise area, one of which is the Gene Harris Jazz Festival. If you are an Idaho newcomer or are recently getting into the Boise music scene, check out the following list of popular musical attractions that take place in the Boise area each year:

This year, 2017, the Gene Harris Jazz Festival will feature David Liebman as its headliner. Liebman is an educator, composer, and a master at the saxophone. He has lived a long, successful career, and has toured with huge celebrities in his field, like John Abercrombie and Miles Davis.

If you are interested in jazz music or want to learn more about it, attend the Gene Harris Jazz Festival, taking place on April 1st and 2nd this year.

If you enjoy going to concerts and you're in the Treasure Valley, then you're in luck! The Boise area is full of great concert houses, such as the Knitting Factory, the Revolution Concert House, the Nampa Civic Center, and the Taco Bell Arena. There are also smaller places for local talent, such as the Venue in downtown Boise. There are even more concert houses and performance centers than this, but these four are the big ones that usually host the biggest names with the largest crowds. Celebrities like Justin Beiber, Selena Gomez, Kelly Clarkson, Avenged Sevenfold, Rise Against, Keith Urban, and so many more have performed in these concert houses. Regardless of the type of genre you like in music, you are sure to find a concert you like if you watch for the musicians coming in and performing in the Treasure Valley throughout the year.

There is so much to do in Idaho during the summer, and one favorite of Idahoans in the Boise area is the Western Idaho State Fair. It's an annual fair that is open in the Treasure Valley in the summers. You can enjoy rollercoasters, bumper cars, Ferris wheels, petting zoos, delicious food, and great concerts. If you are looking for a summer getaway into music, hop on down to the Western Idaho State Fair. You can check for which musical guest you will want to see and go on that night. They have had big names and fan favorites over the years, such as Weird Al and Sting, and when the High School Musical films were popular, Corbin Bleu (an actor of one of the main characters in the movies) performed for a packed group of screaming fans and their family and friends. There is always a good time to be had on those nightly concerts at the Western Idaho State Fair. You can sit back (or stand) and enjoy the music and atmosphere while feeling the warm air and cool evening breeze -- a perfect combination.

One of the most popular musical attractions in the Treasure Valley each year is the Boise Music Festival. Popular guests in music come to perform for a few days to screaming fans and music enthusiasts. In 2015 and 2016, big names including Nick Jonas, Spencer's Own, Nelly, Nick Jonas, and Andy Grammar were in attendance. Radio stations in the local area will be pumping fans for the event for weeks beforehand and will offer giveaways for tickets and prizes. If you love music, especially pop music, or you just like heading out to concerts on warm summer nights, be sure to check out the Boise Music Festival sometime. Fans who gather make friends, enjoy the ambience of the fun-filled days, and even sometimes get to meet their favorite stars.

Any music lover of all genres knows that blues is a huge genre in music. It's where we got rap and R&B, and it is a high level of musical art. If you enjoy blues music, be sure to follow the Boise Blues Society, or even join it if you'd like. Members of the Boise Blues Society keep on top of their website to update blues fans of upcoming concerts and events. Their goal as a society is to educate the public on blues and to show off the amazing art form that is blues music.

A fun music series that isn't as well known as the Boise Music Festival but can be just as fun, or even more so, is the Alive After Five summer music series in the Boise area. It is every Wednesday evening from 5 pm to 8 pm in Boise, on the Basque Block, from June 1st to August 31st each year. 2017 marks 30 years in the Alive After Five summer series, and Idaho natives in the Treasure Valley are sure to recognize its name. Alive After Five gives people either living or vacationing in the Boise area a way to go out and do something fun in the sun before it sets and after a long day at work or working at home. It can be a fun getaway to look forward to at the end of a hectic day. Enjoy good music and feel the warm evening wind blow against your skin.