Writers and Authors From Idaho 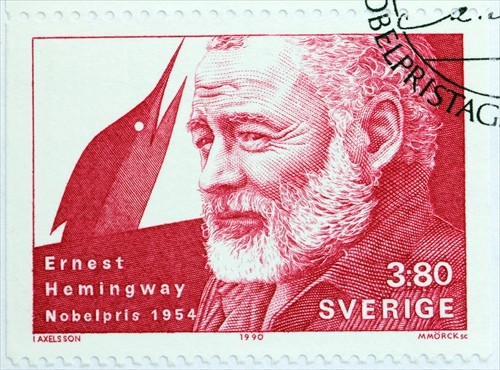 Idaho is a wonderful place, there is no doubt about it. It is a state that is full of beautiful scenery, awesome outdoor activities, a great housing market, and a lot of jobs. Unfortunately, since most of the growth and development that Idaho has experienced has been in the last 20 years, many people come to Idaho and don't see the rich history of this state. There are thousands of important events and people that were influenced by the State of Idaho; there are actors, politicians, astronauts, and so much more.

All of these are pretty great, but today, we are not going to focus on these famous people, but rather of a group of people that don't always get mentioned in the history books (even if they had a hand in making those history books). That's right, we are talking about writers and authors.

Now, for this list, we will be highlighting authors and writers of both books and television that were either born in Idaho, died in Idaho, or spent time living in Idaho. Now, whether you have heard of them or not, they have all left their mark on Idaho as their home.

No doubt the most well-known entry on this list, Ernest Hemingway did, in fact, spend time in Idaho. The most famous of Idaho excursions would have to be when he retired to Ketchum near the Sun Valley Resort - this being where he decided to take his life. Before that grim moment, however, Idaho as a place of solitude for him. He originally had a summer home in Ketchum where he could write and enjoy the environment. It is reported that he wrote "For Whom the Bell Tolls" while here in Idaho as well.

Some of Hemingway's other works include: The Sun Also Rises, A Farewell to Arms, The Old Man and the Sea, and several others.

Now, you may be wondering, who in the world is Wilson Rawls. Well, you may not remember the name, but you definitely will have heard of his work. Rawls is most known for his book "Where the Red Fern Grows". He was originally from Oklahoma, but, through a move or two, he ended up spending a few years in Idaho, where he met his wife.

Wilson Rawls and his wife lived in a small town called Mud Lake, Idaho, at which time, Rawls was working in construction. All the while, however, he was working on the masterpiece that many of us know and love.

Jenny Brown Rawlins Matson, usually published under the name Jenny Brown Rawlins, was an underappreciated author who grew up in a place called Crystal Creek, Idaho (a small farming community outside of Pocatello). She was a school teacher most of her life after leaving her parents farm but moonlighted as an author. One of her most influential works was "Exploring Idaho's Past" a textbook about Idaho for grade schoolers. She was inspired to write this book because, during her years of teaching, found the previous textbooks to be lacking.

Jenny Brown Rawlins Matson usually found her inspiration from the experiences she had as a child growing up on the farm. They fit alongside books like "Little House on the Prairie" and other books in rural settings.

The first TV screenwriter of our list, Bryan Fuller is another surprisingly influential and well-known entry. He was born in Lewiston, Idaho and was raised in the State of Washington only to return again to Idaho for school.

Fuller began working as a backup writer for shows like Star Trek: Deep Space Nine and Star Trek: Voyager. Later he began creating and co-creating shows like Wonderfalls, Pushing Daisies, and Hero's. His most recent work is on the show Hannibal, the series is based on the book "the Red Dragon" and its subsequent sequels "The Silence of the Lambs".

Carol Ryrie Brink was born in Moscow, Idaho at the end of December of 1895. She began her writing career at a very young age as a writer for her school publications. She then went on to study at the University of Idaho and then transferred to UC Berkeley. She published her first novel in in 1934 at age 39. She continued to write and completed over a dozen books before her death.

Some of the titles she was known for were: "Anything can Happen on the River", "Caddie Woodlawn", "Narcissa Whitman", "Two Are Better Than One", and "Four Girls on a Homestead".

Chandler's books were more suited for mature audiences and were more popular in Europe than they were here in the United States.

Arrington was born in Twin Falls, Idaho and raised on a farm there by his parents. As he grew older he studied agriculture and economics, two topics he was very proficient in. However, he was also immersed in history as well. He wrote many articles and histories about economic topics, particularly relating to agriculture - one of which was published in the Harvard University Press.

Among his publications as an economist, he also wrote many history books and reports for the Church of Jesus Christ of Latter-day Saints (Mormons). His knowledge of church history earned him the appointment of official Church Historian. Some of his church works were about the church's history in general, but also about the economic stages it went through.

Arrington also wrote a history of the State of Idaho called "The History of Idaho".

Another native of Twin Falls, Donald Aslett is an author and entrepreneur. He currently lives in Pocatello, Idaho so he is still true to Idaho.

Donald Aslett specializes in house cleaning. He has written several books on housecleaning and housecleaning products over the years. Now, this seems strange at face value, but once you take a look at his past, it makes more sense. When he was attending school in Pocatello he and a friend started a janitorial service that has expanded to become a full-service corporation. A company makes over one hundred million dollars a year.

His expertise in the area of house cleaning is astounding, so much so that he was even featured on the Oprah Winfrey Show.

Now, you may or may not have heard of these people, but through their work, they have made Idaho proud. They have penned thousands of words and entertained, instructed, and grew along with the great state of Idaho. Next time you are passing through downtown Boise, stop by the library and see if you can find yourself a book, or a copy of a TV show, by someone listed here.